Darlene was an author working for the Addison Review to pay the bills but her passion was the manuscript she worked on in her spare time.  Diethelm comes in one day looking for the editor of the magazine but soon begins flirting with Darlene not caring that she is married.  Darlene is a Christian but soon finds herself flirting with a world of darkness and witchcraft.

Dylan is married to Darlene but soon finds himself getting seduced by a wiccan.

Diethelm and Tasha the Vampire and the Witch are determined to make sure the marriage between Darlene and Dylan end.

Tasha and Diethelm are determined to get Darlene involved in Witchcraft just as her Grandmother had been.

Will Diethelm and Tasha be able to Lure Dylan and Darlene into a world of darkness or will there Faith remain strong even in this.

In no way does this book glorify witchcraft in fact it shows the dangers of Christians and others heading towards that dark path.

Purify My Heart is a story of good triumphing over evil.

I would definitely recommend this book

Five out of five Stars…

How You Feel Is Not Who You Are

I was given an arc copy of Invisible for Young Women by the publisher and there partnership with Netgalley in  exchange for my honest review:

When we accepted Christ, he accepted us imperfections and all.

Jenifer Rothschild reminds us that we are to valuable to God to let corrupt thinking confuse who we are.  The reader is reminded too that who we are and what we struggle with are not the same thing.

When your identity is found in Christ you are never invisible.

This book reminds us too that a self centered focus never leads to contentment.

If we encourage others instead of discouraging them we will be more content.

I recommend this book to young women 13to 18 years old, or for A Young Women’s Bible Study Group.

Overcome Life’s Battles and Soldier On

I was given an Arc copy of Why Me through the publisher and their partnership with Netgalley in exchange for my honest review.

Why Me is the story of Grace and Mercy even in the most horrific circumstances.

Why me also talks about how Misty Michaels life was changed once she relinquished control of her addiction and all that came with it too God.

Perhaps one of the strongest and most important reminders highlighted in this book is not to let our past become our identity.  Our past does not need to define who we are now.

This book works well for individual study, but I believe it would be extremely helpful in a group study like that of Celebrate Recovery. 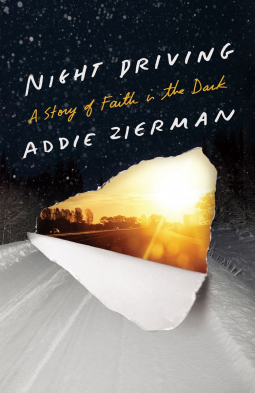 A Story of Faith in the Dark

In February of 2014 the author decided to take a cross country trip from her home in Minnesota to Florida despite the fact that Minnesota was experiencing the coldest temperatures in a generation. For two weeks her and her two sons then two and four leave the comfort of their homes to make this road trip.

In this book Addie Zierman talks about the highlights of her trip but more than that it underlies the moments of Faith in the dark,when she is not sure what is going to happen but somehow with the power of prayers that involve things like dead phones and a Mothers exhaustion she makes it through.

This book highlights a physical journey,but deeper than that it speaks of a spiritual journey. The road trip became a faith growing process and allowed Addie to appreciate the things she had at home even more.

I give Night Driving Five out of five stars… 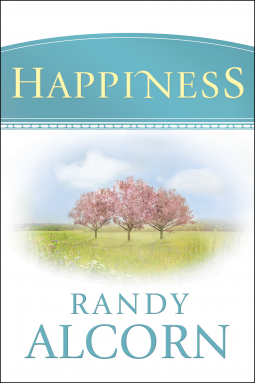 Randy Alcorn reminds us in the Introduction that although we are often taught as Christians to be Holy,God also wants us to be Happy the two do not have to be mutually exclusive.

This book points out that we often think the desire of happiness may have come from the fall of man, but what  if in fact our desire for Happiness comes from God.  Happiness reminds us too that we should not be searching for Happiness with things like money, sex or power.

This book points out that  God does in fact want us to be happy.

Happiness points out that God does have a sense of humor, that he does in fact find things funny.

I found Happiness to be a great book one that works well with either individual or group study,one that reminds us that in fact it is okay to be Happy, that in fact God wants us to be Happy. 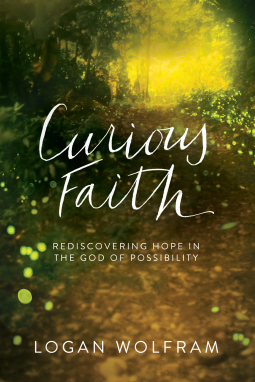 Rediscovering Hope in the God of Possibility

Curious Faith is about rediscovering hope in the midst of trials and tragedies.

The author talks about the heart wrenching grief of loosing babies.

We are reminded too that the brokenness and devastation of the planet can no more be put in a neat man made box anymore than God can be put into that man made box.

It is important that we remember that we serve a God who can do more than put Band-Aids over wounds.  Wolfman reminds us that we need to start expecting greater things from God.

We are reminded too that a Curious Faith is a mobile one.

Curious Faith encourages to grow deeper in our faith even during trying times.

This book works well for either individual or a group study.

Five out of five Stars

How an Unheralded Monk Turned His Small Town into a Center of Publishing, Made Himself the Most Famous Man in Europe–and Started the Protestant Reformation

In this book we learn about Martin Luther’s place in the Reformation.  This book also tells the story of books.  And the impact Martin Luther had on the publishing industry in Europe in the sixteenth century.

Martin Luther was not only a theologian but a writer of great skill, as well as a preacher.

Martin Luther’s early years in Wittenberg were a  time of exploration and discovery.

Between 1518 and1519 Martin Luther became a public figure.  His new place as a public figure would lead to trips outside of Wittenberg both short and longer more arduous journeys.

This book not only talks about Martin Luther’s place in the Reformation but the role he and his writings played in bringing life to  the printing industry.

I give this book five out of five stars

An African Boy, An American Lawyer, and Their Remarkable Battle for Freedom

I was given a copy of Divine Collision by the publisher and there partnership with Netgalley in exchange for my
honest review:

Henry dreams of going to college but fears he may have to drop out of Senior Three after there family looses there savings.  In 2008 Henry, his Father, his Mother and his younger brother Joseph are arrested later there Mother is released but Henry and Joseph are sent to a home until trial which turns out to be a prison.  The prisoners in this home all youths experience forced labor and physical abuse.  Henry is forced to watch one young boy die because Rose refuses to believe he really is sick.

Jim Gash has never worked a criminal case before, as a corporate lawyer, but a friend and co worker convinces him to help these kids in Uganda.

When Jim sees the inside of the home which consists of twelve foam pads for eighteen boys, little light and the air came in from open air slits, there was only a jug of water and a chalkboard.  No chairs or any other furniture.  The conditions are not good.

It does not take long for Jim and Henry to begin forming a friendship.    But more than that Jim works hard to help free this wrongly imprisoned boy, and end the corruption at the so called home.

In May of 2010  after a lengthy court process Henry is finally released on probation despite the fact that there was really no proof of actually committing a crime.

Divine Collision is the story of a unlikely friendship formed out of horrific circumstances but more than that it is a story of faith and Hope in the midst of great adversity.

I give this book five out of five stars. 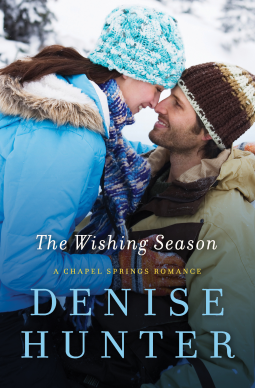 PJ Mistakes Cole Evans for a burglar and ends up knocking him out giving him a concussion thinking he is trying to break in.  Cole and PJ are both trying to buy the same house.

PJ’s family and friend worry that PJ is falling for Cole and they fear he has to much baggage for her to handle.  PJ finds herself struggling with her ex boy friend that cannot seem to take no for an answer. Will PJ’s ex ever get the message and finally accept that its over?

Will PJ and Cole allow there  pasts to dictate whether or not they allow themselves to fall in love and build a future together?

I give this book five out of five stars

Have a Merry Christmas

Kate feels left out because her Mother spends so much time caring for her autistic brother.   Soon Kate and her best friend Tori find themselves busy with boarding horses after Kate’s family opens a boarding business.   Unfortunately one of the boarders seems determined to make there job harder than what it is.  Kate discovers there is a reason Melissa acts the way she does though.

When an old tree ends up falling on a barn and destroying some of the boarding equipment Kate fears her parents will give up but with the  help and kindness of there neighbors they are able to get the work that needs to be done, done and save the horse boarding business.

This book talks about faith,friendship and working together in a way that is great for an eight to twelve year old to understand.

I would recommend this book to Horse Lovers of all ages.