Make It the Same
Poetry in the Age of Global Media

I am reviewing a copy of Make it the Same through Columbia University Press and Netgalley:

In this book we are reminded that repetition has played a role in culture. We are reminded too that having several versions of the same piece is by no means a new concept but with new media and globalization new awareness comes to these iterations.

Make It the Same not only uncovers fundamental changes in both the production and distribution of literature, but it also argues the fact that these changes make it necessary for us to learn to study world literature in a way.

We learn how things like the tape recorder allowed for recorded lectures, and recorded ideas, and transcriptions eased the way into other forms of media, such as the internet, and other forms of global media, which allowed us greater access to world literature.

I give Make it the Same Five out of five stars!

I am reviewing a copy of Jane Anonymous through St.Martin’s Press/Wednesday Books and Netgalley:

She was held captive for seven months. She was locked in a room with a bed, refrigerator and adjoining bathroom. She was told to eat, to bathe and behave. She received her meals, her toiletries and her clean laundry through a cat door. She never knew whether it was day or night. The last time Jane had seen the face of her abductor was when she dragged fighting from trunk of his car, and when she finally escaped, she prayed she would never see him again.

She is home now, and everyone is expecting it to be like it was before I left. What they don’t understand is such that dining out and shopping trips can’t heal what’s broken inside me. I barely leave my bedroom. Therapists are clueless and condescending. So I start my own form of therapy—by writing about my experience awakens uncomfortable memories, ones that should’ve stayed buried. How far will I have to go to uncover the truth of what happened, and will it break me forever?

I give this powerfully written young adult novel five out of five stars!

I am reviewing a copy of Before and After The Incredible Real-Life Stories of Orphans Who Survived the Tennessee Children’s Home Society through Random House Publishing Group-Ballantine Books and Netgalley:

In this book we read some of the Poignant True Stories of Victims of Georgia Tann’s adoption Scandal, some of them learning the truth from Lisa Wingate’s novel Before We Were Your’s and we’re reunited with their birth families.

Georgia Tann ran a Black Market Baby business out of The Tennessee Children’s Home in Memphis from the 1920’s to 1950’s. More than 5000 Orphans tailored to the wishlist of Eager parents. She hid the fact that many adds not Orphans at all but they were in fact the stolen sons and daughters of desperate Mothers, poor families, and women in Maternity awards who were told their infant had died.

In June of 2017 Lisa Wingate’s book Before We Were Yours is brand new, Connie Wilson hadn’t yet heard of it, but when she learns of it she downloads it, devouring it in only a weekend. On September.11. 1950 a criminal Investigation into Georgia Tann begins only two months after Connie’s birth. Orphanage funds were cut, and the babies still left in the Orphanage were stuck in Limbo. Having read Lisa Wingate’s book Connie decided to send her a message, telling her of her idea to have a reunion of the victims who are still living, as well as an invitation for Lisa Wingate to do a book signing.

The possibility of a reunion and the schedules shuffle but the story continues, but TCHS adoptees and their families show up through Late Fall, Winter and Spring often carrying with them yellowing letters and documents from old fire folders and sales pitches that Georgia Tann has put together for these children as if they were goods and not children.

Before and After includes moving and sometimes shocking accounts of the ways in which adoptees were separated from their first families. Often raised as only children, many have joyfully reunited with siblings in the final decades of their lives.

If you are looking for a book that deals with the Aftermath of Georgia Tann and the damage she did, I would highly recommend Before and After.

This book is worthy of five out of five stars!

Sword and Pen
by Rachel Caine

I am going to review a copy of Sword and Pen through Berkley Publishing Group and Netgalley:

The future of The Great Library is in doubt, and only the unforgettable Characters in Ink and Bones can decide whether or not it is worth saving in this exciting series of adventures.

The former corrupt leadership of The Great Library has fallen. But now the archivist is plotting putting the corrupt leader back into position, and the library being under seige from outside empires and kingdoms, its future is uncertain…

Now Jess Brightwell and his friends must come together as they never have before in order to forge a new future for the Great Library, or they will watch everything it stood for fall to pieces.

I give Sword and Pen five out of five stars!

The Night of His Birth
by Katherine Paterson

I am reviewing a copy of The Night if His Birth through Flyaway Books and Netgalley:

This children’s book tells the story of Jesus birth in this beautifully written and illustrated book, I would definitely recommend this one to the children in your life.

Mary has just given birth to Jesus and she cannot contain her joy. While Joseph is sleeping she examines Jesus, his eyes, his tiny fingers, his hands, marveling in the fact that she gave birth to a son that was not her own, but was God’s gift to mankind, God’s own child.

The poetic text by Newberry award winning author Katherine Patterson and stunning illustrations done by Lisa Aisato shows us the intimacy of that long ago night when the mother of Jesus was the first to welcome him into a world he would change forever.

I give The Night of His Birth five out of five Stars! 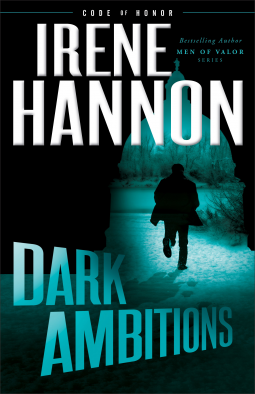 I am reviewing a copy of Dark Ambitions through Revell and Netgalley:

Rick Jordan a former Army Night Stalker usually has the camp for Foster Children to himself during the winter months, but not this time. Someone unwelcomed has visited the camp lately leaving a trail of blood.

There are two clues left behind and one of those clues that was left behind tips off the identity of his visitor, but the person he believes it is soon turns up dead. The police say it is an accident but Rick is not convinced. He enlists the help of private investigator Heather Shields, and together they work on deciphering the remaining clue. The only problem is someone does not want them to succeed and will stop at nothing to prevent them from discovering the meaning of the final clue.

If you like good clean, suspense novel, with a lot of intrigue you will love Dark Ambitions! 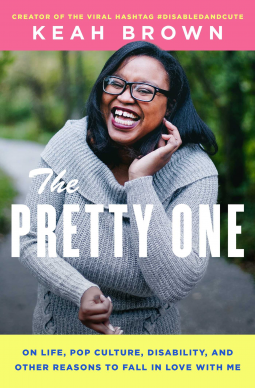 The Pretty One
On Life, Pop Culture, Disability, and Other Reasons to Fall in Love with Me

I am reviewing a copy of The Pretty One through Atria Books and Netgalley:

In this collection of Essays we discover that though Keah Brown loves herself now that was not always the case. She was born with Cerebral Palsy and at one time her greatest wishes were to be normal and to have a refuge from the steady stream of self hate that society had strengthened inside of her.

In this Book Brown is able to smash stigmas, empower communities and celebrate herself!

I give The Pretty One five out of five stars! 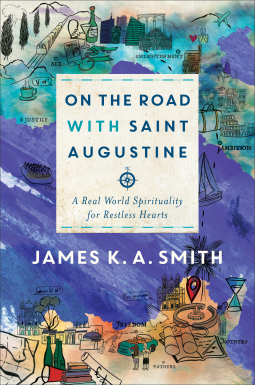 by James K. A. Smith

I am reviewing a copy of On the Road With Saint Augustine through Baker Academic & Brazos Press and Netgalley:

This is not a book about Saint Augustine but what it is in a way is a book that Augustine wrote for each of us.

This book Following Smith’s Successful You Are What You Love shows us how Augustine can be a Spiritual Guide to us in the complicated world we live in. Augustine, says Smith, is the patron saint of restless hearts–a guide who has been there, asked our questions, and knows our frustrations and failed pursuits. Augustine spent a lifetime searching for his heart’s true home and having done so he can help us find our way. “What makes Augustine a guide worth considering,” says Smith, “is that he knows where home is, where rest can be found, what peace feels like, even if it is sometimes ephemeral and elusive along the way.” Addressing believers and skeptics alike, this book shows how Augustine’s timeless wisdom speaks to the worries and struggles of contemporary life, covering topics such as ambition, sex, friendship, freedom, parenthood, and death. As Smith vividly and colorfully brings Augustine to life for 21st-century readers, he also offers a fresh articulation of Christianity that speaks to our deepest hungers, fears, and hopes.

If you are looking for a book that will help you to grow in faith and to find your way, then On the Road With Saint Augustine five out of five stars!

I am reviewing a copy of Always Look Twice through Revell and Netgalley:

Following the advice of her therapist, Homicide survivor Harper Reynolds traded in her career as a crime scene reporter opting for a more peaceful life, she decided to take pictures of the natural beauty surrounding her. Her hopes to have a life surrounded by the serenity of the outdoors are dashed when she inadvertently captures a murder being committed in Jackson Hole, Wyoming. She flees the scene in fear and ends up losing the camera.

Heath Mckade is a former Green Beret who now is a reserve Deputy in the overstuffed county and he has been called to protect Harper, a childhood friend he is surprised to learn is back in the area. When Harper learns that the sheriff’s department can’t find evidence of the murder she witnessed, she is determined to do what she can to see that justice is done. What neither Harper nor Heath could know is how many explosive secrets from the past will be exposed–or how deeply they will fall for each other.

If you are looking for a page turner that will make you want to devour the story on one setting then Always Look Twice is just the book for you.

I am reviewing a copy of Transforming Your Thought Life through Leafwood Publishers and Netgalley:

This book reminds us that Meditation is not foreign to Christianity. We are reminded the importance of meditating on the kind of life God wants us to live. It is pointed out too that Christian Meditation helps you to have answers prepared in advance for evangelistic opportunities.

We are reminded too that transformation is a fight. The importance of meditating on God’s word is stressed.

The importance of meditating on God’s Word, and not allowing Anxious or Negative thoughts to take over.

We are encouraged too not to let thoughts of criticism of ourselves or others to take over our time of Meditation. We are warned too about the difference between harmful criticism and constructive criticism.

I give Transforming Your Life five out of five stars!